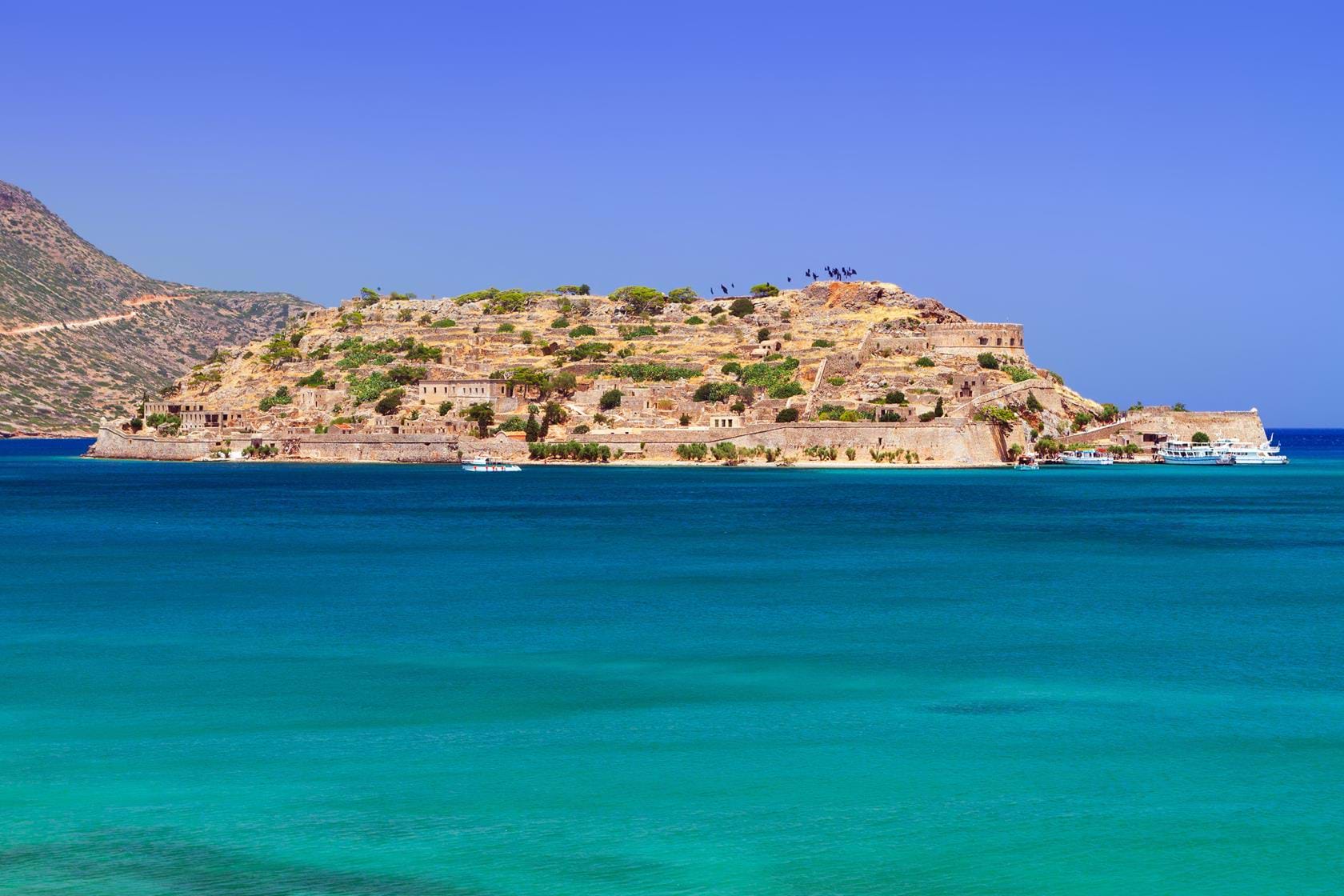 Visitors enter the island of Crete via its two big airports,  in Chania and Heraklion, and its four harbours Chania, Rethymno, Heraklion, Kissamos and Agios Nikolaos.

There are several ways to travel to Crete. The most popular one is to fly to Athens, which is well served by international flights or alternatively visitors arrive in Greece by ferry from Brindisi, Ancona, Bari or Venice in Italy and from there they reach Crete either by air or by boat. During the summer months, however, there are direct charter flights to Crete from Europe.

To travel by boat, ferries to Crete depart from Piraeus harbour, just to the south of Athens, but there are also departures from Rhodes, Kalamata and Glythio, plus some of the Cyclades islands and Kythira. Note: services from November to April are considerably decreased.

By air, there are daily domestic scheduled flights to Crete's airports from Athens and Thessaloniki.

The island of Daidalos and Ikaros. Of Minoan vases and famous frescoes. Shining and starlit, with its black baggy breeches and fringed kerchiefs. Romantic Crete, with its sparkling sea, rocks and gleaming plateaus. Crete, land of full-bodied wine and pungent tsipouro. "Sleepless Crete, land of endless feasts under star-studded skies", scented with wild fennel and fresh basil. Dizzying Crete, of the warlike dances.

The morphology, geography and the climate make for an idyllic land where nature's balance reigns and monotony is conspicuous only by its absence. It combines the tall, unscalable and harsh mountain ranges with the fertile plains, the large ports with the quaint bays, the bustling north with the serene south, the peninsula with the sea, the snow and the rain with the abundant sunlight. A land which could indisputably be characterized as "the island of the Makares" or "paradise" according to the ancient Greeks.

Anchored in the sea, it serves as a crossroads of three continents - Europe to the North, Asia to the east and Africa to the south, Crete seems to spread its length like a barrier across the southern Aegean. It lies at a distance of approximately 100 kms from the southernmost tip of the Peloponnese, 175 kms. from the shores of Asia Minor, and 800 kms. from Africa. It is the largest of the Greek islands, and fifth in size among the islands of the Mediterranean, after Sicily, Sardinia, Corsica and Cyprus.

Its maximum length is 260 kms. from the Gramvousa point in the northwest up to the Sideros point in the southeast, while its width varies from 60 kms. (from Stavros point to Lithino Cape) to 12 kms. at the lerapetra straits (gulf of Mirabello to lerapetra bay). Its area is 8,261 sq. kms. and, together with the islets of Gavdos and Dia, 8,303 sq. kms.

Crete also has a number of plateaus among the mountain peaks. The land, here, is usually fertile and the rainwater which collects in these natural basins during the winter makes these plateaus ideal for agriculture.

The Prefecture of Lassithi is found at the easternmost part of Crete and covers an area of 1,818 square kilometres.
Its population totals approximately 70,000 and their principal occupations are farming, stock-breading and tourism. The main products of the Prefecture are cereals, olive oil, olives, carobs and currants. There are two theories as to the origin of the name "lassithi": the first relates it to the ancient Greek word "lasios", which means fertile area - and indeed Lassithi has been verdant since ancient times - while the second, attributed to Paul Favre, relates the name to Sitia, which the Venetians rendered "La Sitti". The capital of the Prefecture is Agios Nikolaos, an attractive harbour standing on a deep bay.

Lassithi of today, comprises of villages of true-born Cretans who keep the custom of hospitality alive. It furthermore comprises of little attractive villages with cosmopolitan feature, night-life at bars and associations as well as open-air cinemas. It retains stores with jewellery and silverware, fabulous furs and works of well liked art, along with localized markets proposing fruits and grapes from the soil, for example bananas, oranges, melons, figs, as well as thyme honey and well renowned cheeses.

Lassithi, is the destination with unique beaches, some secluded, others organized and social (having been awarded with 32 Blue Flags) and ideal for water skiing, sailing, wind surfing, snorkelling or underwater fishing 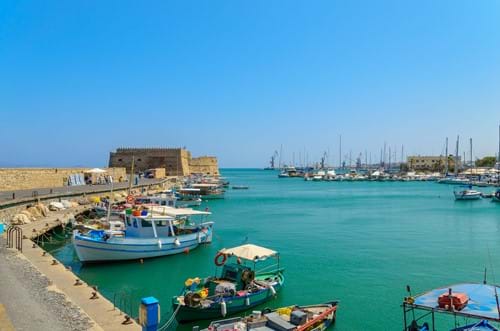 Heraklion constitutes an alloy of different and unique elements more than any other prefecture of Crete, justifying its characterization as the prefecture of contrasts.

Its location in the centre of Crete has determined to a large extent the concentration of the main economic and administrative operations, as well as of the population of the island in the capital city, Heraklion. The city that assembles the one third of the population of Crete is a representative sample of the Cretan culture, mixed with all the expressions and operations of a modern urban centre, since it constitutes at the same time the main commercial harbor of the island and the centre of education, telecommunications, research and technology.

The city of Heraklion has influenced its neighboring regions by determining, inter alia, the developmental of settlements as Gazi, Alikarnassos, Gouves, Malia and Hersonissos that are linearly unfold, at the length of the northern coasts of this prefecture. However, from this northern axis and southerly, the modern character of the big cities still could not inoculate the culture of centuries that is well safeguarded thanks to the terrene. The prefecture is expanded in West up to the sub mountains of the legendary Mountain of Idi, in East up to the foothills of the precipitate mountains in Lassithi, while in South it is girded by the mountain range of Asterousia and Kofina. The hinterland is delimitated by two places that have constituted the setting of great cultures: the anthropomorphous mountain of Giouhta in North and Messara, the largest and most fertile plain of the island in South West. In the centre, the plateaus of the prefecture are cracked by the ravines and the valleys, engraved by the streams and rivers flowing from the mountainous volumes towards the southern coasts of the prefecture.

The type of scenery at the prefecture of Heraklion reflects the built-up structure and the social-cultural world large web that were profiled accordingly. Sometimes we get concurrently villages lured on the high rocks, or frugal stone-built pastoral installations that are scarcely demarcated from the grey limestone of the unclothed mountains; other times we get concurrently distributed monastery dependencies in the middle of considerable vineyards and olive groves, one time more gatherings of new communities that return the aged ones, balancing between the aged and recent world in order that their inhabitants can be retained; a inhabitants that upholds the hospitality condition and social creation that has inherited from his ancestors flourishingly and embellishes everyday regular with recent expressions.

Heraklion: The prefecture full of natural and human elements in an innovative harmony that compose a charming vivid present as the sequence of a mysterious and legendary past. 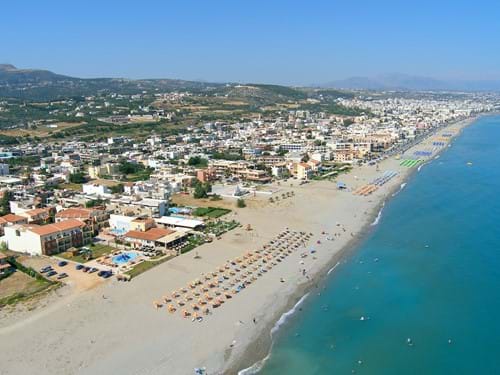 West of Heraklion prefecture lies the prefecture of Rethymno, a mountainous area with a long history and tradition. It is covering an area of 1.496sq. km and with population of 86.532 residents. Although the prefecture of Rethymno is the smaller between the four prefectures of Crete, it has plethora of natural beauties, incredible beaches, antiquities and historical monasteries, until traditionally mountainous villages and seasonal settlements to demonstrate. It is divided into four provinces: Rethymno, Agios Vasileios, Amari and Mylopotamos.

Rethymno town, the capital of the prefecture, is discovered on the north edge of the island. Its major earnings is tourism, the olives, the oil and the livestock farming. Center of Arts and Letters, with a heritage blossom in the 16th and 17th century. A very appealing town, with its vintage village and castle and with exceptional feature which kept from the numerous civilizations that flourished in the area.

The morphology of the prefecture is mostly mountainous forming gorges, caves, lush valleys and streams, as it is bordered in the west by the White Mountains and in the east by Mountain Psiloritis.

Many little, scenic and unspoiled villages can be discovered in the prefecture with the persons to keep their hospitable essence and a magnificent inheritance. A amazing way of dwelling between the past and the present, bearing with their commemorations, melodies, art and customs. In significantlesser villages and villages in the prefecture of Rethymnon (Rethymno), for example Panormo, Anogia, Argiroupoli, Margarites, Bali, Gerani, Ag. Pavlos, Plakias and Agia Galini, you can rendezvous local persons, adore they chronicled monuments and discover the annals of this significant part of Crete.

The prefecture of Rethymno possesses a plethora of idyllic sandy coastlines and isolated coves, well renowned for their unspoiled attractiveness and their crystalline waters. The most well liked and one of its most attractive sandy coastlines is the one of Preveli which examines like a lagoon with its emerald waters, palm trees and moderately hot sand. Also, magnificent sandy coastlines can be discovered in the localities of: Adele, Agia Galani, Agia Paraskevi, Agios Georgios, Agios Pavlos, Ammoudi, Bali, Damnoni, Episkopi, Gerani, Geropotamos, Mikro Ammoudi, Panormos, Plakias, Platanes, Rethymnon Town, Rodakino and Triopetra. 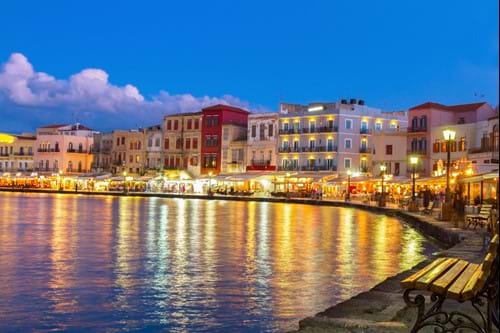 The prefecture of Chania is the western most division of the island of Crete covering an area of 2376 square km and with a population of 150,387 residents (census 2001).

The prefecture of Rethymno forms its eastern border while the warm waters of the Mediterranean, the Cretan Sea on the north and the Liviko Sea on the south, lap a remaining area of 350 square km of seashore on its three other sides. The majestic White mountain range or Madares with its dozens of peaks, the tallest of all being Pahnes (2454 metres), constitutes the backbone of the prefecture.

The range spans west to east and vanishes close to the prefecture of Rethymno, having formed many plateaus such as Omalos (altitude 1080 metres) and Askifou (altitude 730 metres) and having been divided by wild gorges and ravines of exceptional beauty like that of Agia Irene, Samaria, Arathena, Imbrou and many more along the way. It generously allows a big fertile plain to unfold in the north, fertilizing it with its abundant water sources which transform into life-giving rivers, its biggest being Platanias (ancient Iardano) and Kiliaris.

The plains of Kisamos, Chania, Armeni and Georgioupolis end up in the densely populated and touristically developed beaches of the Cretan Sea. The roughly chiseled shore is characterized by four long peninsulas that share the same names with the promontories of Gramvousa, Irene (Spatha), Akrotiri and Drepanos in between which the four large and accessible gulfs of Kisamos, Chania, Souda and Georgioupolis are formed, the second to last one harbouring the largest and safest port in Greece.

In contrast with the northern division, the White mountain range suffocatingly crams the southern and western seashores into a narrow stretch of arable land with the exception of Paleochora in the west and the plain of Fragokastelo in the east. This has resulted in the southern and western coast remaining sparsely populated and less touristically developed allowing their wild and unspoilt beauty to have remained intact. Besides, the five small inlets in the south, namely that of Paleochora, Sougia, Agia Roumeli, Loutro and Chora Sfakion and the three in the western coast, Livadi, Sfinari and Stomio are not accessible by large passenger ships.

The islands of the prefecture, that of Souda, of Agioi Theodori or Theodorou in the gulf of Chania and Imeri and Agria Gramvousa at the edge of the promontory, which shares the same name, are small and uninhabited.
Gavdos is the exception since it is the only inhabited island of Crete not to mention the southernmost inhabited area of Europe. It is located at a distance of 23 nautical miles from Chora Sfakion and 32 nautical miles from Paleochora. The prefecture of Chania also boasts the only natural lake not only in the prefecture but in all of Crete, namely that of Kournas in Apokoronas, while a smaller artificial lake has been created in Agia of Kydonia for the irrigation of the plain of Chania. 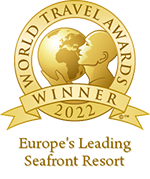 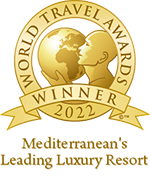 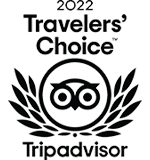 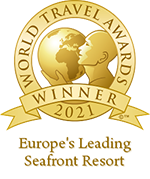 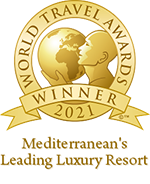